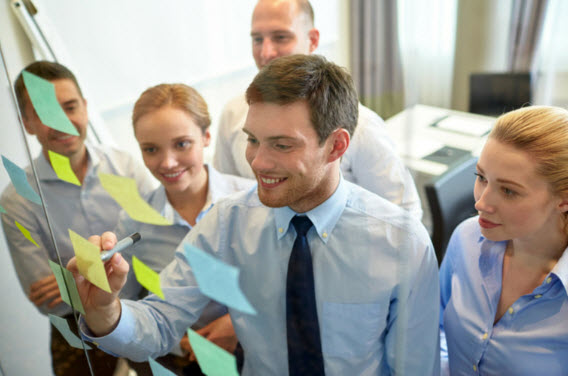 You Can Count on Me, a Team Exercise

Most teams never explicitly state how they commit to working together. They just start working and may eventually get better. I’ve found, however, that teams can get better faster if they spend some time up front talking about their working agreements. Here are some examples:

There are a variety of exercises that teams can conduct to make these agreements more explicit. Here is one I’ve been using lately that I like quite a bit. By the end of the exercise the team has promised to each other how they collectively commit to operate.  Depending on the size of the team, this can take an hour to an hour and a half. I’ve named this the “You Can Count on Me” exercise. Teams I’ve done this with feel they’ve benefited from the experience and say they would do it in the future for other teams they join.

This is also a good exercise to do with a team that’s already working together since it can help them make explicit choices to tune their performance.

All you need for the exercise is the whole team, 3x3 sticky notes and felt-tip pens.  If some people will be remote from the primary location, you’ll also need.

Having the whole team is critical. You’re going work to develop agreements that everyone on the team is willing to commit to follow. If someone isn’t part of the exercise, you don’t know if they’ll honor those agreements or not since they had no say in their creation.

Here’s a high-level timeline. The more people and remote participants, the more time you’ll need. Since this is such a valuable and critical exercise, I’d take the full ninety minutes if you can get it. You can always stop if you finish early.

Here’s a way to introduce the exercise.

“If you were to join a new team, what could you count on your team members for?”

See what people have to offer. Someone may offer up “nothing”, which is the point of the question.

“Ultimately you can’t count on anything, other than they have been added to the team to bring their expertise. You might have hopes and expectations, but until you’ve talked and reached an agreement, it is just hopes and expectations, not agreements or commitments.  So today, to help us become a more high-performing team, we are going to get very specific about how we plan to operate as individuals and as a group. So let’s get to work”

Ask everyone in the room to write down statements on individual sticky-notes like this.

They can write as many as they want, but ask that they only have one item written per sticky note.

I’ll usually give a few examples to get them started.

I give them five minutes to do this, but at the five-minute mark if people are still writing I ask if they would like more time.

During the time they are writing, I’ll offer ideas to help them think.

When they are done, ask everyone to take about three minutes to sort their items from most important for them to the least important.

Start the next section by giving them the following instructions.

As each person gives his or her item, I post it on the wall (left to right, top to bottom).

I do this so I maintain a rough priority order.  When we start to vote on items later as a team, I conduct the voting left to right, top to bottom, so that the items each person thought most important gets covered first.

Then, go around the room, one person at a time, and ask them to say whatever their top item was. Post the item on the wall and move onto the next person. When the people on the phone take their turn, have the volunteer in the room write their item on a sticky note. Continue going around the room to hear each person’s next item.

Watch the clock and finish when you run out of items or time, whichever comes first.

First, I ask the room to take a look at the sticky notes on the wall and make sure the ones they want to consider for whole team practices have a dot on them. If not, I add more dots.

I then go left to right, top to bottom and have people vote on the items using fist-to-five voting.  People in the room use their hands to vote, people that are remote vote using numbers via chat.

This also continues until you run out of items or time.

Debrief and Next Steps

I talk about a few items here.

Effective working teams are ones that continue to improve over time. Having clear agreements, keeping those agreements and noticing when you aren’t keeping agreements and cleaning it up, are all elements of a high-performing team. Through this exercise and the ongoing rigor of reflecting on how you are operating, you continuously improve the practice of becoming a high performing team.

Have you tried this exercise or done something similar with your team? If so, have you seen results?

For more details on this exercise, please feel free to reach out to Bob Fischer or other members of our Agile Consulting Team at agileinfo@eliassen.com 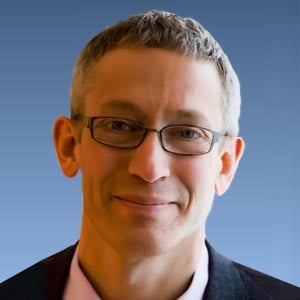 Regional Agile Delivery Lead, Mr. Fischer has over 30 years in IT, with a wide range of roles and responsibilities and is credentialed as a SAFe Program Consultant (SPC).