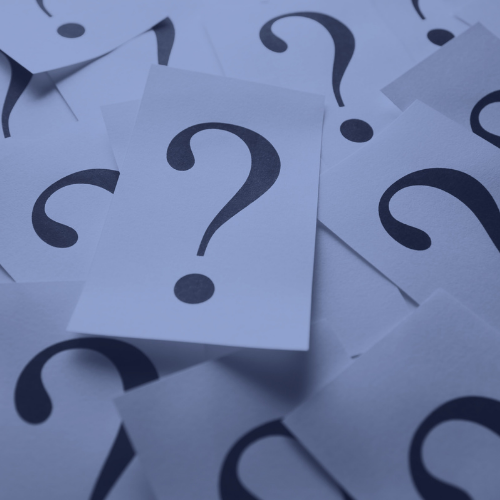 Throughout the Biopharma industry, organizations are applying Agile principles and practices to get drugs to market faster and keep up with demands following the pandemic. Eliassen Group and EG Life Sciences have been working hand in hand with experts in many different fields – not just IT – to ensure that these organizations successfully achieve the benefits of enterprise agility.

To help explore the possibilities of Agile within the BioPharma space, Eliassen Group has hosted a series of Lunch and Learns. Most recently, Bob Ellis, Agile Delivery Lead at Eliassen Group, shared what he has discovered by helping multiple companies through major changes. He said that, for Agile to be successful, the culture of the organization must also change: "If we don't change the culture by definition, anything we implement is going to spring back like a rubber band ... that's really what we're trying to prevent."

"If we don't change the culture by definition, anything we implement is going to spring back like a rubber band." -- Bob Ellis

These cultural changes go beyond asking people to make a choice between "Waterfall or Agile?" In fact, according to Ellis, asking the question or trying to answer it leads you into a trap. The more successful way to improve organizational Agility is to focus on change management.

With that, Ellis went over what he has found to be more effective approaches to leading Agile transformations.

According to Ellis, one of the first traps that consultants or Agile evangelists within an organization fall into is that they like to start with the solution, which in this case would be Waterfall or Agile. Instead, Ellis advised that you should empathize with the audience first, and then provide the solution that best fits their needs later. Good examples of this approach come from W. Edwards Deming's recommendation to understand the problem first, or Kaoru Ishikawa's root cause analysis and corrective action methodology.

You may also need to approach different audiences in different ways and ask the question, "Whose solution is it?" Tailoring your message is crucial because, as Ellis said, "If we're trying to motivate someone to change their behavior, we really want them to believe that it's their solution rather than our solution." Furthermore, not every audience will react to Agile in the same way.

"If we're trying to motivate someone to change their behavior, we really want them to believe that it's their solution rather than our solution." -- Bob Ellis

To help the Lunch and Learn group members empathize with different audiences, Ellis led them through a simple exercise. He asked, "How would you respond to the question 'Agile or Waterfall?' For different types of people?" Then he offered a list of individuals they may encounter on a project:

This exercise revealed that many team members may have a pre-existing mental model or emotional reaction toward Agile that puts it "in the box" before you even begin to attempt change. That mental model may also depend on where the team member is in the chain of leadership. Having a better idea of how people will react to Agile can help you with your approach.

To mitigate negative mental models of Agile and avoid building friction between Agilists and the rest of the organization, Ellis advised the group to be aware of when they are using confusing terms. Ellis shared a story in which he worked for a company as an Agilist and was told that, if he ever used any Agile terminology, that would be his last interaction at that company.

In that case, Ellis had to speak in the terms of the audience, not in the language of Agile. As further proof of the importance of language when introducing Agile, Ellis provided the example of Pfizer's "Project Light Speed" for developing the COVID-19 vaccine – that was an Agile pilot, but Pfizer did not describe it in that way, which helped the project move forward until the vaccine was released in less than a year.

Want to get better at speaking your audience's language?

Another aspect of understanding your audience is situational awareness and being able to change your role to fit the situation. Ellis noted the different levels of coaching in ICAgile: Expert, Teacher, Mentor, and Executive Coach. Situational awareness is important for those who work on the enablement side rather than the people who are responsible for doing the work. People are usually hired for their skills, but they get fired for "not meeting people where they're at," meaning they lacked situational awareness. That may involve pushing Agile practices that were not the standard for the culture at that time.

Once you are speaking the language of the audience and are aware of their situation, then you are in the position to bring about change. Ellis focused on the work of Lyssa Adkins to demonstrate steps to success:

These steps are so successful because they focus on the audience and introduce change incrementally. At the same time, to reinforce these changes, a truly Agile leadership must also provide the psychological safety that means it's OK to challenge the status quo.

Ellis also discussed the use of third-party contracts, which are prevalent in the Biopharma space, and how they may impact change management. Ellis described their function as reserving capacity: "We know we want you to do something.... We know that we want to leverage your people, and we want to be able to preserve options because there's going to be complexity, and we don't really know what's going to happen." Working with supply people to adjust those contracts for 90-day objectives can help you adapt to change as it happens and provide clarity on who is responsible for the standard roles of Agile.

In pharma, given the long cycle times, the main sign of success is often the release of the drug to market, but Ellis proposes thinking more along the continuum of output to outcome and breaking down your work into smaller stories or objectives. To facilitate the transition from outputs to outcomes, he said, "Think about how to define those in the maximum value possible." For example, an output is taking training, but an outcome is being ready to start sprinting. This will help you align more closely with the customer. It is also important to ensure there is a product owner working alongside the customer so that the product owner is always aware of the customer's definition of value.

Ellis warns of another scenario in which a company may agree to implement Agile, but they do not follow through. They are only using Agile terms and ceremonies only, which Agilists refer to as "TACO." While this performance looks like Agile, the company is not getting the customer or employee engagement or continuous improvement that comes with Agile. One participant in the Lunch and Learn shared his own experience in which a previous company told him, "You can do all the scrum that you want, as long as it fits into this waterfall, which didn't work very well."

Another twist on a partial Agile implementation involves teams that may embrace Agile and set up their stories, only to deliver all their stories at the end of the sprint. Ellis shared a real-life story in which that was the case, and he noted that this is a standard pattern for new teams, but it can be reversed through coaching. In this case, five sprints later they were able to double their speed by implementing Agile practices. Through coaching, the team members became more T-shaped and refined stories ahead of time, which helped reduce cycle time.

For those interested in digging deeper, Ellis offered resources for the group to explore:

To dig deeper into what can happen if Agilists don't take the time to understand the audience, language, and situation, Ellis asked the group to write down and share patterns of failure that they had encountered in their work:

Reframing the Waterfall or Agile Question

At the end of the Lunch and Learn, the group had the chance to ask questions, and one participant asked about striking a balance between bringing in outside Agile coaches and teams versus standing up an Agile team within your own organization. Ellis answered that you can train teams and be successful, but you can move faster and avoid pitfalls more easily if you have an outside perspective.

The rest of the question and answer session addressed some of the patterns of failure that involve leadership. A member of the group asked when the right time was to bring in senior leaders when they have been skeptical. Ellis responded that there are two ways:

Entering an organization as an Agilist is so much more complicated than posing the question "Waterfall or Agile?" Being attuned to your environment and taking incremental steps toward change is more complex, but it is also more likely to result in success. As demonstrated by Ellis's Lunch and Learn, our experts in Agile Consulting can help you get started, especially within the Biopharma industry. And we also want to keep hearing from and learning from you. If you are interested in being part of the Agile & BioPharma conversation, join one of our future Lean Coffees or Lunch and Learns.

The best thought leadership involves working with our peers and other experts to find out what our clients need and how we can help. We accomplish this through our Lean Coffee sessions.