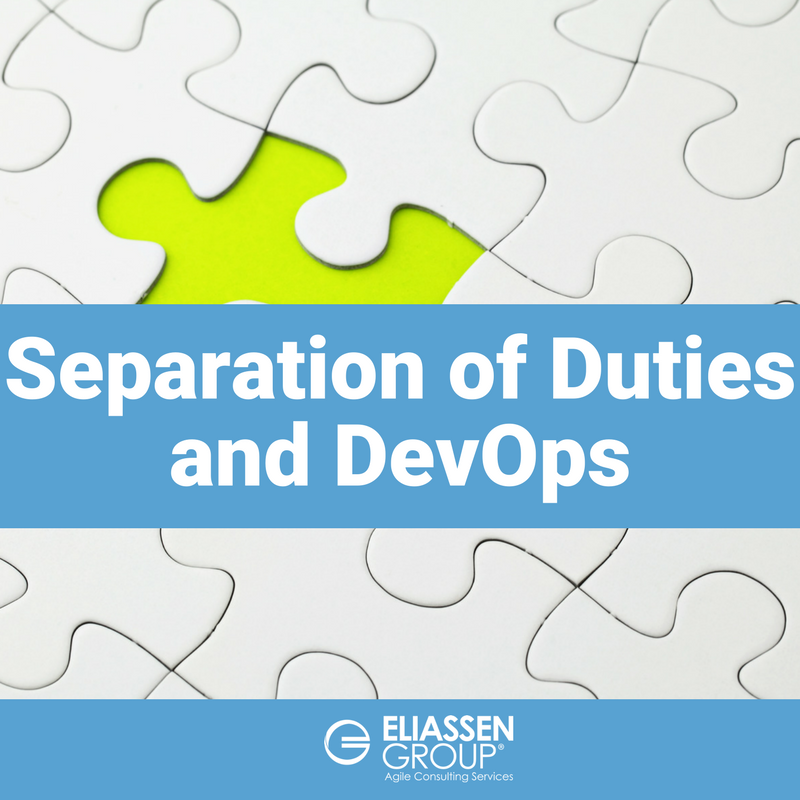 Separation of Duties and DevOps

It is common for companies to stall or slow in their quest to improve speed, quality, reliability, or security through a DevOps approach.  It is not technology that slows them down, but their culture.  They have practices and beliefs that make some aspects of DevOps seem impossible:

“Sure, developers at small start-up XYZ can put their own code into production, but we're in a regulated industry, and it would never work.”

“We need separation of duties. What you’re suggesting is impossible.”

“Audit or compliance would never allow a developer to test code.”

The intent of separation of duties is to mitigate fraud and errors. Let’s say I write some code that makes it seem like a vendor has submitted an invoice and been paid, but instead, it deposits that money into an account I control. Separation of duties is intended to limit or prevent me from doing that, and this is how:

The expectation is that my attempt at fraud would be detected, blocked, and I'd be arrested.

So how might this work in an organization implementing a DevOps approach in which the goal is few, or no, manual steps along the path to production?

Let's walk through an end-to-end example to see how the progression of code, from development to deployment, aligns with the goals of separation of duties in an organization using a DevOps approach.

All of the steps along the pipeline leave a comprehensive audit trail of who did what along with the outcome. This is far more reliable, secure, and audible than any manual process done by a system administrator involving moving and installing things by hand. At the end of the pipeline, the code is in production.

The scenario presented here is just one example of how integrity, security, and quality can be maintained in a value delivery pipeline. No matter what the technology stack, the same rules apply:

So, how can a developer deploy their own code to production? The answer is that they don't. A script does, and the script's integrity has been reviewed by an independent person or group of people.

Getting the OK to work this way can be a challenge if it goes against established beliefs and practices. Often, controls become dogmatically enforced as their historic implementation and not their intent.  But to become a high-performing organization rapidly delivering value, it is essential to move to a new way of working.

Want to see more of DevOps at work? Find out how Eliassen Group can help you with DevOps, and check out our blog post, "What I Learned from Disabling Thousands of Production Desktops in a Retail Call Center"! 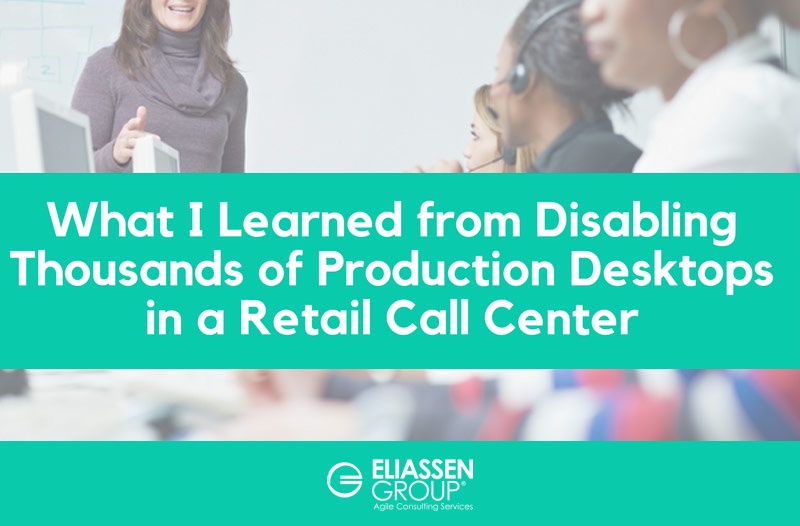 Bob Fischer is Director of Agile Delivery & Training at Eliassen Group. He has over 40 years of experience in IT, with a wide range of roles and responsibilities, including introducing and leading an Agile adoption team while at Fidelity. Timothy Reaves is the Technical Practices and Delivery Lead at Eliassen Group. He has 30 years of experience in IT, having filled roles from delivery, operations, and management, in both the consulting world as well as an individual contributor.