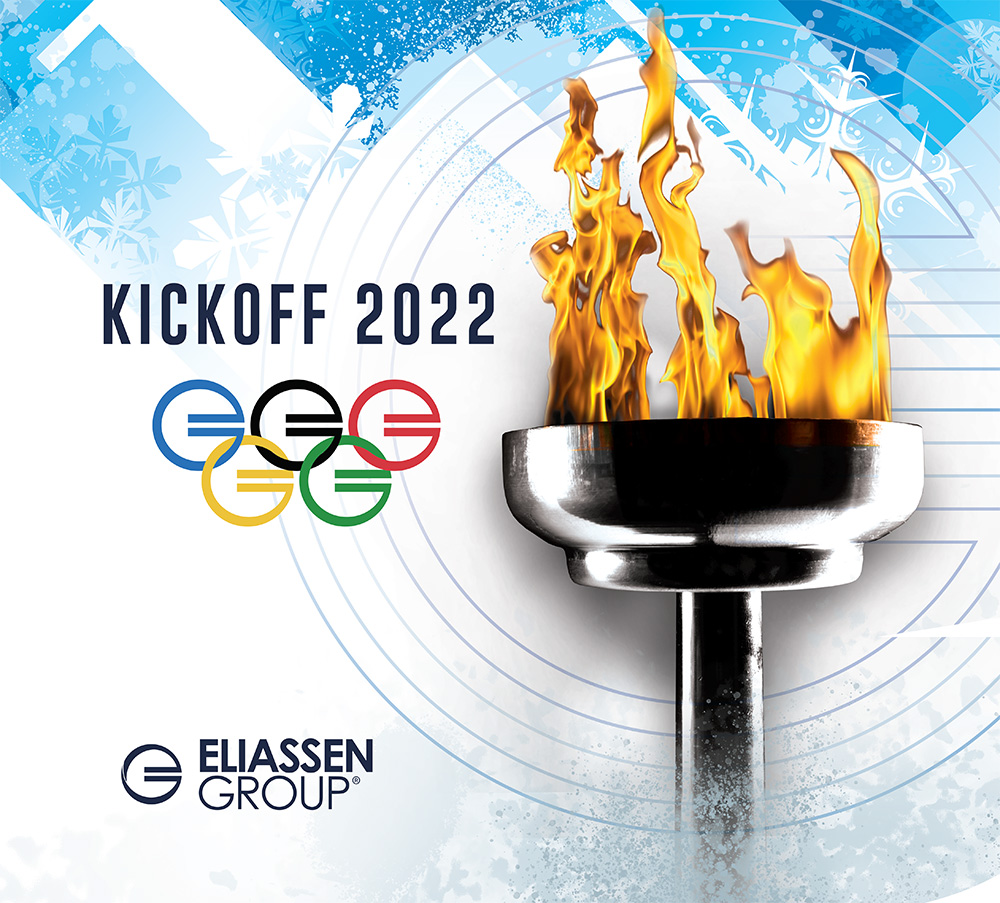 "Backing up is not the same as backing down."

Alison Levine, our 2022 Kickoff keynote speaker, looked firmly and earnestly into her webcam as she spoke these words. Alison would know, as she’s not one to back down from a challenge. Her personal achievements include serving as team captain of the first American Women’s Everest Expedition, climbing the highest peak on each continent, and skiing to both the North and South Poles. During her keynote speech, she regaled a remote but attentive audience with stories from her extraordinary adventures, extracting and sharing universally applicable lessons from her singular experiences.

In one such story, Alison describes her first effort to crest Everest in which she and her team were merely a few hundred feet from the peak when they had to turn back due to incoming inclement weather. Those listening were treated to just the smallest taste of her heavy disappointment after she described the laborious, time consuming, and costly process involved with any attempt to climb Everest, only to learn that she ultimately came so close but never fully reached completion due to factors outside of human control. She describes later telling a new acquaintance of her Everest attempt, only for him to limit the entirety of her incredible achievement to her “failure” of not fully reaching the peak. But backing up is not the same as backing down.

Alison did successfully reach the peak of Mount Everest during a later attempt. This successful attempt was also met with unfortunate weather, but Alison deemed it safe enough for her to focus on putting one foot after the other to reach the top. Unfavorable conditions blinded her from seeing more than the next step in front of her, but, as she realized then, seeing only the next step at a time was all she needed.

At this point, she put her intoxicating storytelling on hold to explain the truth of that experience, and the truth applies to everyone.

Alison’s keynote was a refreshing reminder of some of life’s hardest lessons, positioned in a whole new and thrilling context. Her stories of determination and tenacity set the stage for a day intended to honor those exact characteristics.

In this clip, Alison summarizes her message to her Kickoff audience. At Eliassen Group, our annual Kickoff has been a cultural staple for many years. It brings the entire internal staff together to help foster relationships amongst peers, celebrate the victories of the year prior, and be inspired for the year ahead. While usually an in-person event, 2022 marked our second consecutive remote Kickoff at which the company connected as safely as possible in light of the continuing COVID-19 pandemic. Even physically apart, the team rallied together for the day’s hallmark activities, including presentations from company leaders, Alison’s keynote speech, networking activities, amusing and informative videos featuring employees, a cocktail hour with entertainment from musical comedy act Little Stranger, and an awards ceremony celebrating notable achievements from the year prior.

The 2022 Kickoff also came with an Olympic theme that infused the events of the day and reiterated the values highlighted throughout. Values like determination and tenacity were celebrated consistently, and while they are essential characteristics of any Olympic athlete, they are shared by all at Eliassen Group, even if they don’t culminate at a podium on an international stage.

It’s wonderful to have another successful annual Kickoff in the books, and the day was a joy. The Eliassen team walked away (from their computers) feeling energized and fired up to face the year ahead. That inspiration isn’t only thrilling -- it’s necessary. As Alison says, “Fear is okay. It’s just a normal human emotion. Complacency is what will kill you.” And the Eliassen Group team is not one for complacency.